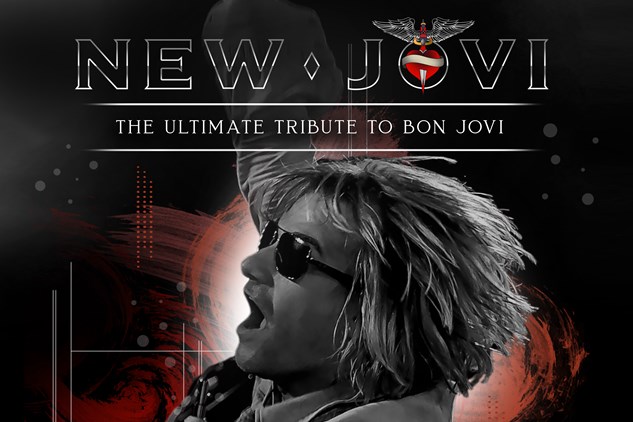 This completely live show brings back the on-stage chemistry and formidable stage presence of Jon Bon Jovi and Richie Sambora, in what was arguably the band's greatest era.

New Jovi provide blistering performances of all of Bon Jovi's greatest hits including 'Livin' on a Prayer', 'Always', 'You Give Love A Bad Name', 'Runaway', 'Bad Medicine' and many more.

New Jovi's brilliant show captures the energy and feel you would expect from the real Bon Jovi.

"I had to do a double take at first. It is quite remarkable how close these guys are to the real thing!"

"I was privileged to work with these guys when I brought them to the Sherlock Holmes bar in the Gulf Hotel, Manama, Bahrain. It was an amazing, sold-out 2 day concert! Their energy, songs and performance are at the highest level, just like the original!"